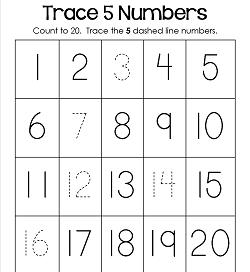 This is just a beginner worksheet for tracing 1-20. Kids can count all the way to 20, but trace 5 of the numbers. Here’s an idea! Trace the numbers in rainbow colors. 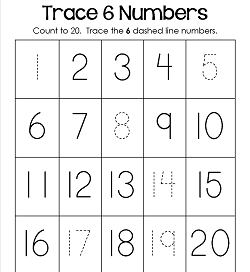 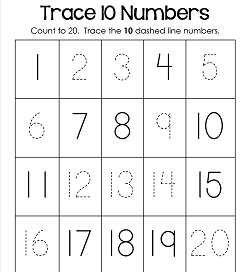 Tracing these 10 random numbers is fairly easy for beginners, but gives them a good place to start. It’s a great companion to the other worksheets in this set, too. 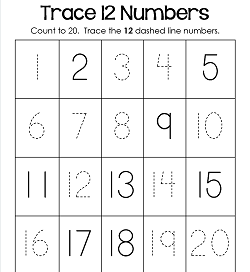 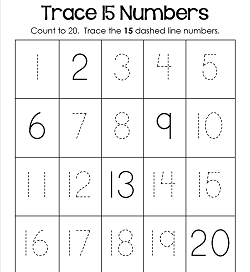 With only 5 numbers that don’t need to be traced, this trace numbers 1-20 page can be used for kids who aren’t ready to trace quite all the numbers yet. 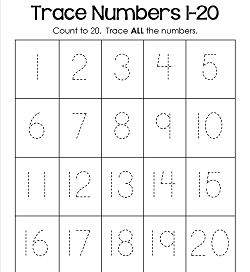 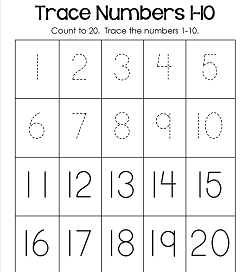 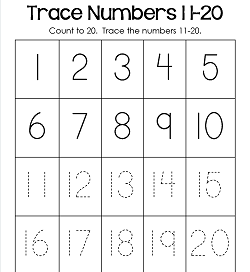 Here’s a great worksheet for counting to 20 and then tracing only the numbers 11-20. Good for teaching kids about the teen numbers. 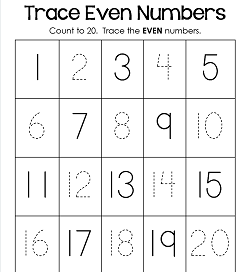 If you happen to teach kids even and odd numbers at an early age, this is the perfect worksheet to trace even numbers. If not, it’s still a good worksheet for tracing practice! 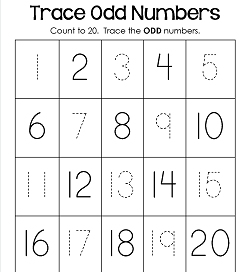 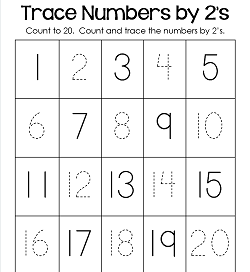 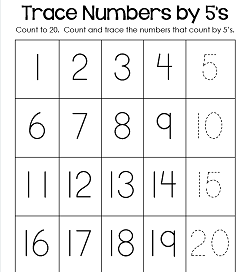 For your lessons about counting by 5s – Kids count by ones from 1-20, then trace only the dashed line numbers. Kids can count by 5s, too.