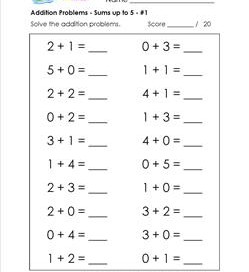 Sums to 5. This addition problems worksheet has 20 problems with sums up to 5 and a line for scoring the number correct. Simply solve the problems.
CCSS K.OA.1 and K.OA.2 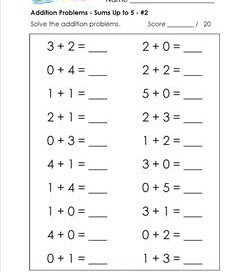 Sums to 5. More addition problems with sums up to 5. There are 20 problems and a line for scoring the number of problems solved correctly.
CCSS K.OA.1 and K.OA.2 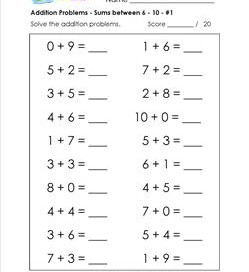 Solve the 20 addition problems with sums between 6 and 10. Use the line to score the problems solved correctly.
CCSS K.OA.1, K.OA.2, and K.OA.4 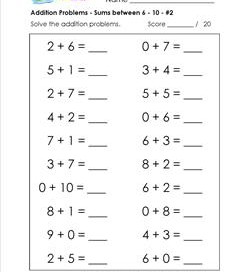 Twenty addition problems with sums between 6 & 10. Use the line to score the number of problems solved correctly.
CCSS K.OA.1, K.OA.2, and K.OA.4 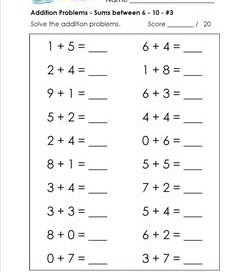 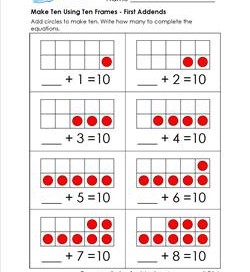 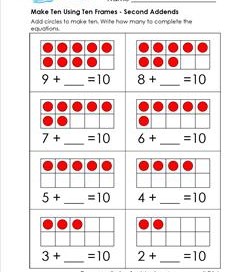 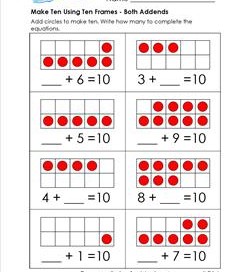 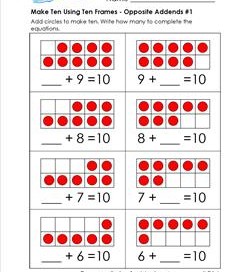 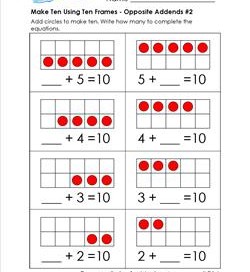 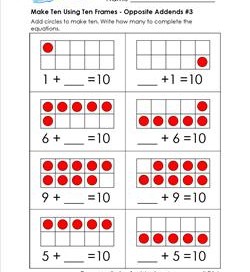 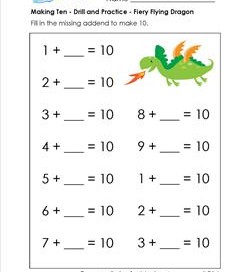 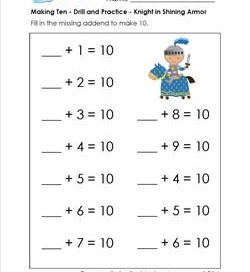 A knight in shining armor to the rescue! He’ll help your kids make ten by figuring out the first addend in these 12 problems. 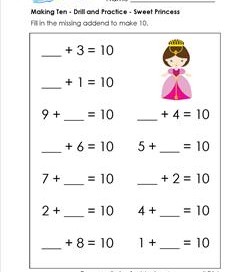 Introducing a sweet princess who is here to cheer kids on to make ten. Fill in the first or second addend in these twelve problems. 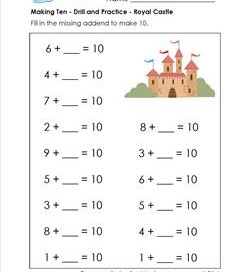 Come to the royal castle and get a tour of these making 10 addition problems. Stroll through these 15 problems and fill in the 2nd addend. 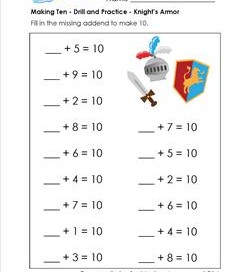 Grab the armor and fight the good fight! Do your very best to fill in the 15 blanks in the first addends in this making ten worksheet.