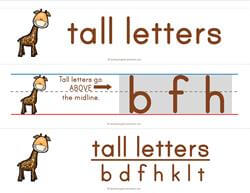 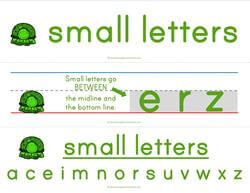 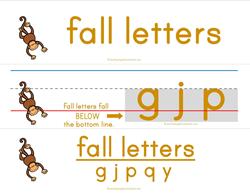 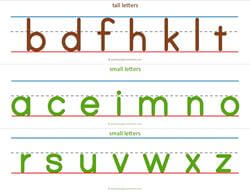 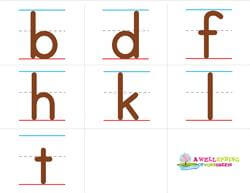 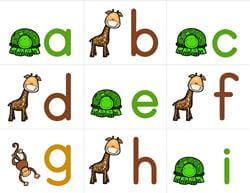 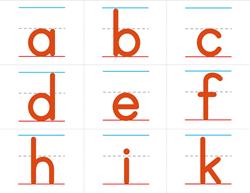 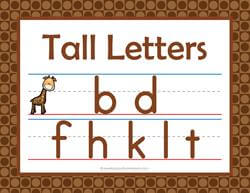 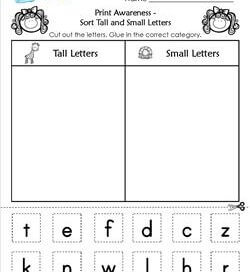 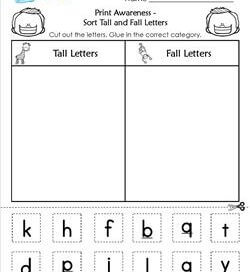 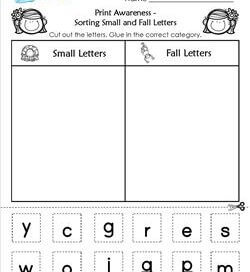 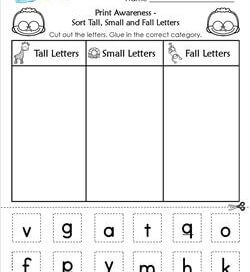 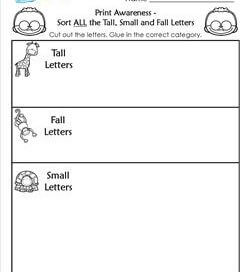 Here’s a fun set of ALL the letters to sort. Cut out the letters and glue them into the matching category. Two sets of letters are provided – cut the letters out individually or save cutting time and cut on the shared lines. 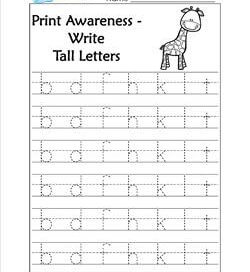 This worksheet has the seven tall letters – b, d, f, h, k, l, and t – neatly spaced on six primary writing lines so kids can easily trace them. 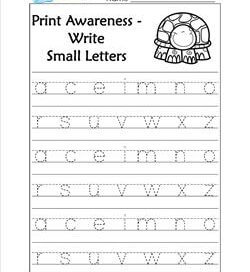 This worksheet is for kids to write small letters. The fourteen small letters – a, c, e, i, m, n, o, r, s, u, v, w, x, and z – repeat three times and are neatly spaced on six primary writing lines. 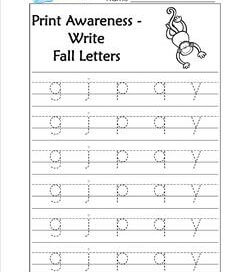 Each line of this worksheet has the five fall letters – g, j, p, q, and y – neatly spaced on primary writing lines so kids can easily trace them.