Our comparison worksheets for kindergarten cover the age-old ideas of equal sets, greater than and less than, and more and less. The worksheets compare number to number, objects with numbers, and objects to objects. Of course, counting skills are required, but some kids who are have excellent counting skills may be be able to pick out the correct answers just by looking at them without counting each item out one by one (this is called subitizing).

Please go to this page to choose from all the comparing sets worksheets on this site. 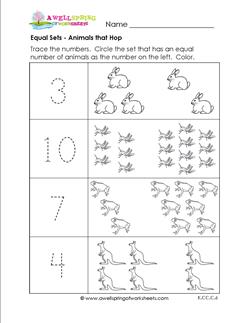 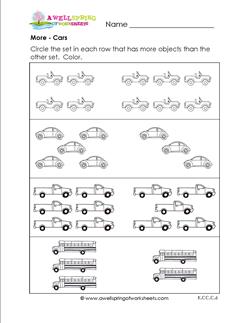 Using terminology similar to greater than and less than, these more and less worksheets allow children to practice their counting skills and evaluate which set of objects is, you guessed it – more or less than the other set. Each worksheet has four problems in enjoyable themes kids are sure to resonate with: rain, campfires, cars, and blocks. If needed, kids can write the number of objects they just counted in the margin next to each set. 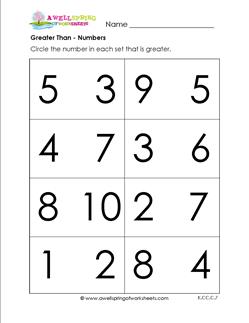