This set of make ten using ten frames worksheets offers another way kids can practice putting numbers together to make the all important ten. Kids draw the number of circles that are missing to fill in the ten frame and use this number to fill in the missing addend. The first three worksheets switch from the first addend missing to the second addend missing and then a variety of both addends missing. The second set of three worksheets puts the same number in the first and second addend. 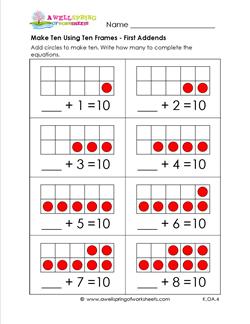 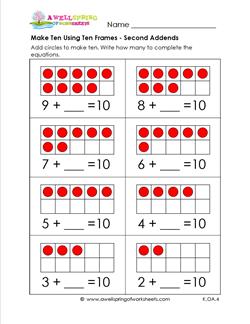 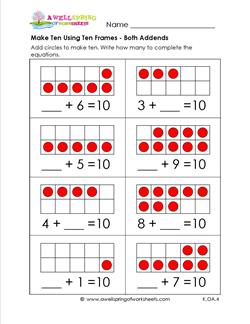 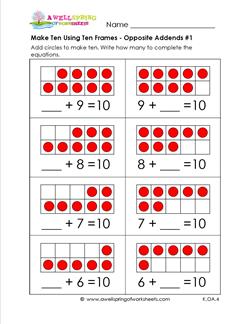 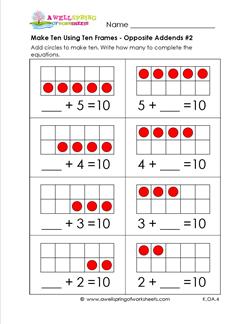 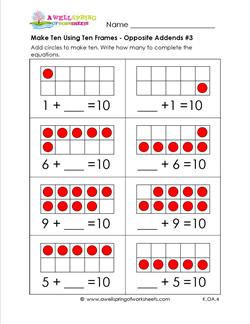